Sailing yacht sunk in the harbour

During the winter season a sailing yacht was moored in Marina Port Zélande in Ouddorp. Shortly after New Year, the harbour master noticed that the yacht had sunk almost completely. It was no longer possible to pump the boat empty at that moment.

We were appointed by the German insurers. We went there immediately, the German owner couldn’t come to the port, he was only in contact by phone. We took care of the salvage of the yacht on behalf of the owner. It was not possible to come to the site with a mobile crane. We asked salvage companies in the area for salvage options. In the end we found a salvor to carry out the salvage with a crane ship, whereby a diving team was necessary. The crane ship was on site the same evening. The next day, a diving team fastened the slings and lifted the yacht up to the waterline after which it could be pumped dry.

Afterwards the yacht was brought ashore with the quay crane. We requested the marina service station to preserve the Lombardini engine immediately after it had dried out.

We assessed the value of the yacht before the event and estimated the expected repair costs in consultation with a shipyard, on the basis of which it became clear that the yacht was a total loss. We found that the connection of the outlet hose on the stern tube had broken off due to normal wear and tear. The sea cock was closed, but outboard water was able to flow through the stern tube in the aft peak. 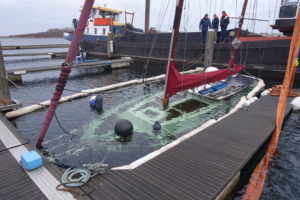 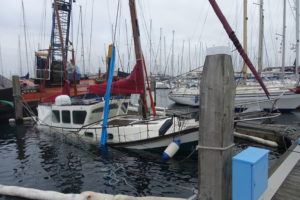 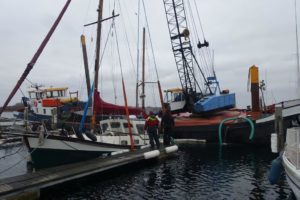 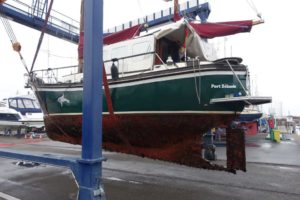