More than a century Verschoor & Bras

Verschoor & Bras has existed over a century. The history can be traced back to 1907, albeit that the founder is no longer mentioned in the current name.

1907 is the year that 36-year-old, unmarried Siebe Tjeerd de Boer starts to work as an assistant for his brother-in-law, Jacob de Beer, surveyor at the firm Wm. H. Müller & Co. After having worked as an assistant for several years, De Boer decides to start as an independent surveyor in 1911. Although the two go their own way, Jacob de Beer will play an important role in the history of Verschoor & Bras. He is probably the one who brings De Boer into contact with Verschoor in 1915.

In 1915, after his return from Singapore to his hometown Rotterdam, Willem Adrianus Verschoor joins Siebe de Boer as maritime surveyor. They work from the Speelmanstraat 141 (later 135a), the home address of Siebe Tjeerd’s mother. In the telephone directory the new partners are listed as S.T. de Boer & W.A. Verschoor.

An advertisement in the Nieuwe Rotterdamsche Courant of April 1, 1917 (see picture), announces the move of the firm to the Plantageweg 95b, the new home address of Siebe de Boer and his mother. The firm S.T. de Boer & W.A. Verschoor Scheeps-, Werktuigkundige en Motorexperts will stay here until 1931.

In that year De Boer moves to the Maaskade 109b and the firm finds new accommodation at the Korte Hoogstraat 36, above or next to café La Confidance. The firm stayed here until 1937. De Boer probably left the firm at the time that he moved to the Maaskade. Under the entry Verschoor & Bras his name is mentioned for the last time in the telephone directory of 1933.

In 1935, the name of the second name giver appears in the firm entry of the telephone directory. Johannes Bras, born in Rotterdam, starts his career as an engineer and works for several years in New York. In 1909 he returns to Rotterdam, where he starts working as a surveyor. In 1935 he joins Verschoor.

In 1937 the new partners move their business to the Beukelsdijk 12, Verschoor’s home address.

Even though Siebe de Boer had left the firm in the 1930s, his name will remain in the firm’s name until 1951. The name is first changed into W.A. Verschoor & J. Bras Scheeps-, Werktuigkundig en Motorexperts, and later, in 1953, into the present name: Verschoor & Bras. Johannes Bras had died by then (in 1951). The firm finds a new location at the Mathenesserlaan 171. And it’s for the first time that it does not work from one of the partner’s home addresses, but avails over a real office.

Henk Romers had already joined the firm on 3 January 1949. He also played an important role in building up the expertise office until his death on 6 September 1974. Initially Henk Romers was a surveyor but after the departure of Willem Verschoor he became a partner on 1 January 1966 and after the death of Johannes Bras in 1967 he continued Verschoor & Bras independently.

Two important surveyors have by then already joined Verschoor & Bras: first Joop Lindeman in 1961 and in 1966 Gerard Kriekenbeek.

In 1971 the company moved to Mathenesserlaan 231, the former of Johannes Bras.

After the passing away of Henk Romers, the surveyors Joop Lindeman and Gerard Kriekenbeek founded Verschoor & Bras B.V. on 18 April 1976. Frans Baumann joined the company as a surveyor on 1 January of that year.

In 1980, the firm moves into a new office at the Kinderdijkstraat 63. And finally, in 1990, it moves to its current address at the Burgemeester Hazenberglaan 403.

As of 2011 Verschoor & Bras is run by the current partners, Roelof Boerma and Frits Vlugter. 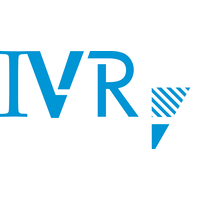 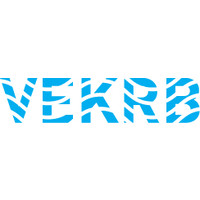