We were appointed on behalf of Norwegian Hull & Machinery as well as Loss of Hire Underwriters of the vessel through a British broker. Several surveys at Durban were conducted over a period of seven months. During which period both Rolls-Royce Azimuth thrusters were completely overhauled due to damages also.

It was found that all crankshaft bearings of the Bergen diesel with an output of 3.600 kW at 720 rev./min. had ran out and as a result the crankshaft was beyond repair. Repairs were follow-up by us and repair cost were assessed and reported.

After thorough investigation and interviewing the crew, we concluded that damage was the consequence of faulty assembly of the duplex filter unit during last maintenance.

Such an assignment is handled very regularly by Verschoor & Bras in sea and inland shipping. 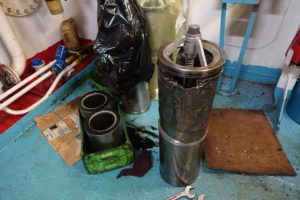 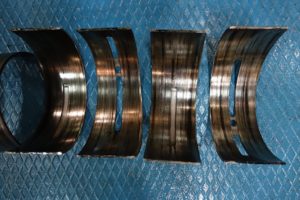